A study has found that intelligence is not the key factor in attaining skills in maths. 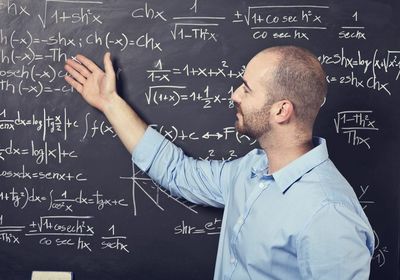 Researcher, Ken Montgomery commented that, “intelligence, assessed by IQ tests may be important in the early stages of developing competence in mathematics, but it’s motivation and study skills that play a far more important role in subsequent growth for students.”

Montgomery and his colleagues looked at data from six consecutive years of over 3,500 students in grades 5 to 10.  They studied how the motivation, study skills and intelligence of the students together predicted growth of achievement in maths over the five year period.

In the initial development of competence in maths, intelligence was strongly linked.  In terms of the students’ long term growth, however, motivation and study skills turned out to be more important.

The traits that were linked with maths achievement included students who:
Felt competent
Were intrinsically motivated
Used skills like summarizing, explaining and making connections to other materials, and
Avoided rote learning

Dissimilarly, intelligence had no relation to the growth in the students’ maths achievement.

“Our study suggests that competencies to learn in mathematics involve factors that can be nurtured by education,” stated Montgomery.

“Educational programs that focus on the motivation and study skills of students could significantly advance the competency for all subjects, not just maths,” he added.

Redtick Education development found the data to be agreeable. We developed our products on the notion that skills in study can be learned.  Our products help students identify their particular learning style and guide them in the process of developing good study habits and behaviour.  We’ve found that this leads to an increase in motivation and confidence which helps them to succeed.