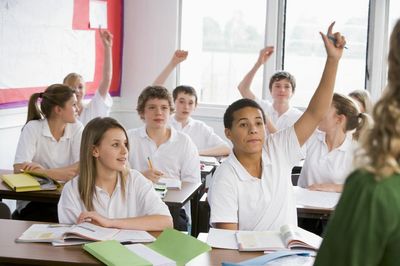 I recently spent an enlightening morning at my son’s high school.  As part of the induction of school leaders for the coming year, the school traditionally invites the high achievers from the previous year back to be congratulated and to share their wisdom with senior students.

I was eager for my son to pay very close attention to every last word uttered by these bright young people, partly because he needs all the help he can get, and partly because much of what they were saying my husband and I have been trying (unsuccessfully) to impart for the last two years!

The usual old standby tips were shared;
– Study in a quiet environment
– Make sure you have a comfortable chair and good lighting
– Turn your mobile phone off and limit electronic distractions

But some interesting insights actually confirmed for my son, that perhaps mum and dad sometimes have something of value to say.  The young man who was awarded Dux of the school, received an almost perfect tertiary admission score and who starts his degree in engineering and commerce at university next week said that there were several keys to which he attributed his success;

– He set himself goals that he WROTE down
– He established a daily study routine that he plastered on his bedroom wall right by his desk
– He scheduled every activity and commitment onto that daily routine his music practice, soccer training, chores did you hear that, Michael?  His CHORES.
– He also learnt to say “no” occasionally not to his mother mind you, but to friends and other distractions.  Interesting, he noted, his friends didn’t disappear just because he missed an activity here and there.

He went on to say that it’s ok to have your goals in your head but actually writing them down helped him to commit to them and kept him focused.  He also told his attentive audience that he reviewed his progress which helped him make necessary adjustments along the way.

Now, I expect there were many students sitting in the audience that figured well that’s all well and good but there’s no way I’m going to become Dux even if I do all of that.

“What’s important for everyone here today,” added their Headmaster, “is that it doesn’t matter what level you are at, these tips can help you improve and gain responsibility for your own progress and achievements at the end of the day, we can’t do it for you.  You need to take responsibility for your own learning.  What we can do though is give you the tools to help you.”

He gave each student a wall planner.  On this large laminated planner that Michael brought home is his contract to himself.  It’s where he keeps a record of his goals and strategies to achieve them, his daily study and homework routine (where he can also note when his chores are to be done) and it has a term planner where we can all see when his exams are and when assignments are due.

Now I know the planner is to help Michael, but I’m not ashamed to say that it has helped me get organised too!  Why didn’t we have such a tool when we were at school I ponder?  I think I need one in the kitchen for the rest of the family.